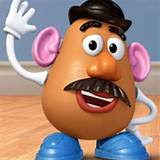 Interesting observations. And now for the real President of the United States, Mr. Potato Head. Did you know that Biden is a white supremicist?Tru mp expressed his concern about deconstructing America's past — comments that proved to be remarkably prescient when one looks at the Black Lives Matter and Antifa madness in June and July.  In that context, he mentioned that there were people at the rally who were "fine people" on both sides, meaning both the people who wanted to pull down the statue and those who feared a wholesale deconstruction of America's past.  Without any prompting, Trump then immediately clarified that when he said "fine people," he wasn't referring to neo-Nazis and other white supremacists: The media, however, created the "fine people hoax" by falsely proclaiming that Trump had called white supremacists "fine people."  Joe Biden has been running with this hoax ever since.  Indeed, it's the accusation at the c
Post a Comment
Read more

March 07, 2021
Andrew Cuomo governor of New York has apologized on television, during the few minutes he was on he LIED 5 times.          Every time I hear a Liberal talk thy lie between 1 to 5 times, and tell No truth.           Why is this? Because they are the agents of Satan. Democrats have become the party of Communism which was founded by the Illuminati to create the world government of Marxist Antichrist the political system of Satan. Obama and Jesuit Pope Francis. America is being returned to 1776 slavery under Britain  the revived Roman Empire.
Post a Comment
Read more

Biden is a Murderer

March 07, 2021
Joe Biden has released Mexican convicted murderers who were released by Biden’s new law and have illegally entered America and committed several more murders. Not millions of unborn babies. God hates the killing of the innocent! And will curse America!        Joe Biden shroud be arrested as an accomplice in murder!          Also the cost of Illegal Immigration is about 50 billion a year from tax payers.      The Democrats in Congress don't want any crimminals to be deported. Sounds like a Trojan Horse right.
Post a Comment
Read more 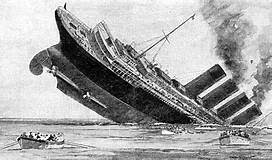 People hear about the Renaissance, and the Reformation and do not know what they really mean.   There has always been a war between God and Satan and their followers throughout history. This view has been suppressed by Satan’s agents as Conspiracy Theory through their control of cultural organizations and media. Even Henry Morris IV (Henry Morris Senior is one of the greatest theologians. But his grandson accused me of Conspiracy Theory, as did   David Coppedge who was fired by NASA because of his involvement in creation science. (Of course Fake News and NASA lies about this.) Satan has fooled people into believing that history is based on a random process of evolution. The truth is all of world history is HisStory the battle against Satan’s Conspiracy to enslave the world under Antichrist and his Marxist New World Order. And events are created by either good or evil. Depressions, wars, terrorism, crimes, inflation are planned. I became aware of this when I realized that it t
Post a Comment
Read more 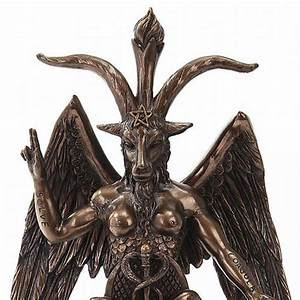 This is extremely important for all Christians to understand how Satan has fooled the masses throughout history through mass media, Fake News and Fake Science to disbelieve God’s Word. And how many Christian families have lost their children to satanic Humanism supporting socialism through the Satanist Darwin. Because they have relied on the secular establishment to teach the truth. Satan promised Adam to become a god and he has used this ploy. Don’t be fooled. Most Christians have been fooled through the Renaissance and false Reformation. The satanic religion has gone underground many times and has come back pretending to be Christian/Paganism. The worship of Nature the Mother Goddess Gaia today called Environmentalism mainly in the Vatican and Church of England. This is reason for the America Revolution from the Church of England and the monarchy dictatorship. They used scientized atheism based on Evolution science fiction to defeat the GOD’S Word, then brought in Occ
Post a Comment
Read more 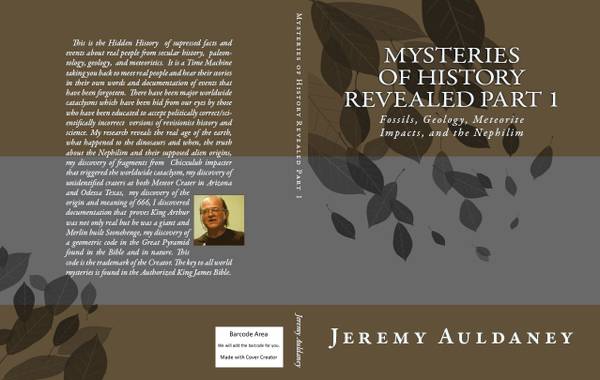 Donald Trump wants to know if you will join a social site founded by Donald J. Trump? YES and I want to advertise my books and web sit there.  https://www.amazon.com/s?k=auldaney&i=stripbooks&ref=nb_sb_noss   http://bit.ly/3rj3RtB
Post a Comment
Read more

The National Republican Committee and Republican Senate Committee are Communists supporting Liberal Republicans (RINOS). Do not donate to them! We need to defeat them! Along with the Communist Democrats who support everything that is EVIL like the murder of millions of babies, raising taxes, destroying our energy, inflating our national debt, brainwashing our children under Communist teachers unions, allowing Covid positive and criminals to enter our country without vetting.        Matt Gaetz says he is the first who will officially STOP getting BRIBE money from lobbyists and rely solely on We the People. Billionaires and corporations (PAC’s) run by Communist agents have sabotaged our government for decades by bribing Congressman, Senators, and other state officials to create a Marxist world government. It needs to be STOPPED! Support Patriots like Matt Gaetz http://uswins.org/r.wr?id=iCxRV6T9 And Candice Owens the African American patriot https://candaceowens.com/
Post a Comment
Read more
More posts