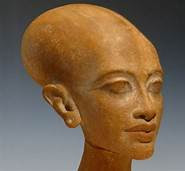 Akhenaten established the worship of one god the sun, and replaced polytheism. The spolar magic square symbolized him as 666. Akhenaten and Tutankhamen were elongate skull Nephilim i.e. Fallen Angel/human hybrids. The sun god Rah was known as Baal. Baal was Zeus Apollo Bull (Baal). The Assyrians referred to this Fallen Bull as Sat-an for the fallen Lucifer.

Akhenaten was the founder of fire sun serpent worship. Today it is New Age Religion supported by the Illuminati.﻿ 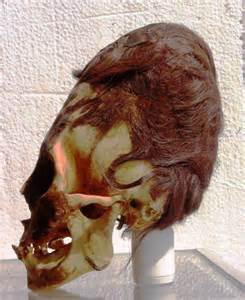 The skull here is a cast by Joe Taylor of a skull from Peru.

The architectural ruins in central Mexico and South America show they were people scattered from Babel, creating ziggurats like the one at Babel called the Tower of Babel. These same people from Babel were scattered to Egypt. All these Nephilim bloodlines of hybrid humans worshipped Lucifer as the sun or serpent god. This is the origin of the Phoenix or Serpent Bird.
Akhenaten Auldaney creation science elongate skulls the Nephilim worship of the sun god

Popular posts from this blog

June 30, 2016
In research for my books I have discovered that the lineage Ancient Astronaught theorists and occult writers like Dan Brown’s Da Vinci Code is actually the bloodline the Bible refers to as the seed of the Serpent. The descendants of the Fallen Angels which are behind the New World Order Movement and New Age Religion of Antichrist. Here is a web site with information: Origin Theories of the Rare Rh-Negative Blood Factor www.rh negative registry.com/Rh_ Negative _Factor_ Blood _ Origin _Theories_Migratio... In our modern age, many citizens of civilized nations know their own  ABO blood group  (A, B, O, or AB ) and most also know whether they are Rh-positive or ... They list different theories on this rare blood type. 1. Jewish/Israelites (Abraham or Founding Mothers) 2. The Blood of the Gods 3. Hyperborea or Atlantis 4. Ancient Aliens/Anunaki 5. The Basque People 6. The Black Sun/Vril Society 7. The Original Europeans & Ireland 8. Jesus (Yashua'
Read more

Queen Elizabeth Admits She is Not Human! 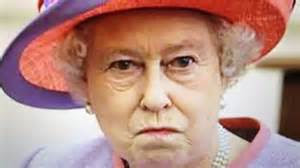 I have updated this article with new information.  https://www.blogger.com/blog/post/edit/1078300522122110329/7002221375509278029 This will be hard for most people to understand, who have been immersed in the naturalistic philosophies of atheism and agnosticism throughout our society, including most Christians. But as a deep Christian researcher and expert in paranormal phenomena, I think there is some truth to what is said here. And needs serious study. For example the Institute for Creation Research and the Creation Research Society research controversial subjects about dinosaurs and genetics, but they stay away from research into the Nephilim, and the possible archaeological remains of Nephilim and other supernatural subjects. We need to be warned that Satan and his Angels are about to be cast out of the second heaven i.e. space. And is preparing the world to accept his disguise as an extrattrrestrial physical alien that evolved on another planet around Serius. At first th
Read more

The Olympics Celebration of Satanism 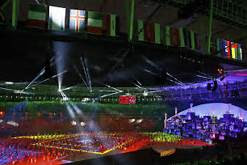 They are bringing back the Olympic Games to Los Angeles in 2028. The L.A. Mayor Eric Garcetti said that we will follow the SUN to L.A. Do you know that the Olympic Games were based on Pagan Religious Festivals, like Beltane, where the best athletes represented the best people, which were sacrificed to the gods of Mt Olympus. And the main god was the SUN & fire god Baal also known as Lucifer 666. What is Eric Garcetti? He is part of the Illuminati's Liberal Conspiracy he is rallying Democrats against Trump.  The History of the Olympic Games According to historical records, the Olympics games  date back to 776 BC . Dedicated to the Olympian gods, the Olympics were held on the ancient plains of Olympia. Spanning for nearly 12 centuries, the Olympic games came to a quick halt when Emperor Theodosius banned such pagan cults in 393 A.D. A   lot has changed since the end of the Roman Empire, but one thing remains the same. If you want to be an Olympic gold medalist, y
Read more